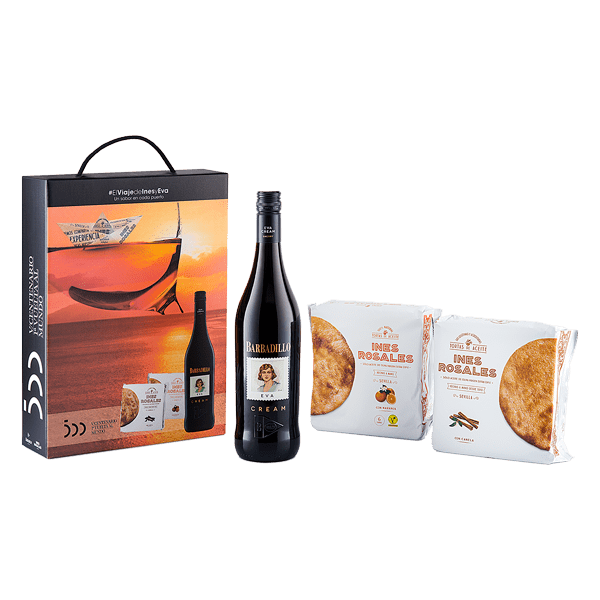 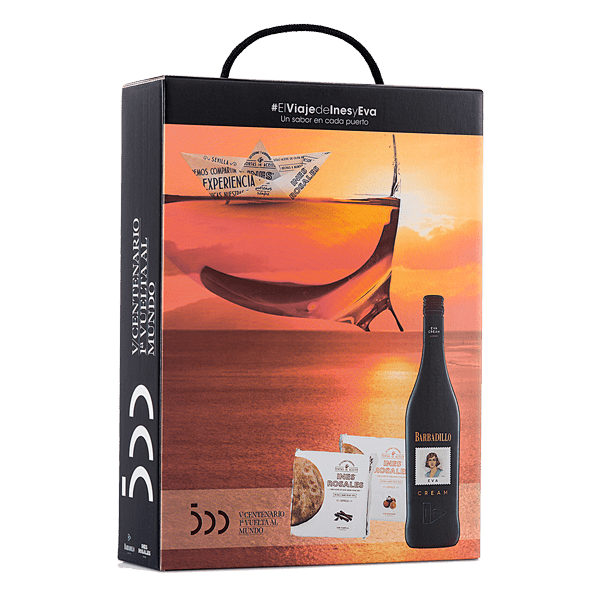 Bodegas Barbadillo and Inés Rosales have joined forces to create “El Viaje de Inés y Eva” (Inés and Eva’s journey), a new gastronomical proposal created to celebrate the 500th anniversary of the First Circumnavigation. It is one of the official products promoted by the National Commission to commemorate the 5th Centenary of the first circumnavigation of the earth by Fernando de Magallanes and Juan Sebastián Elcano.

Legend has it that the two women each set off on a long journey on their own and it was destiny that brought them together to create unforgettable aromas and flavours. We invite you to continue your quest for new gastronomic experiences by joining us on our journey down the Guadalquivir River from Seville to Sanlúcar de Barrameda. It has now been five centuries since that first circumnavigation in which we were introduced to a whole range of new ingredients and culinary customs that have revolutionised our gastronomy. This special edition case contains two packs of olive oil tortas, one with orange and the other with cinnamon. And to make sure that you have everything that you need before embarking on this journey through the five senses, we have also included a bottle of Eva Cream, a Jerez wine, which is said to have formed part of the Magellan sailors’ provisions.

A clean and bright wine that is mahogany in colour.

Dense, flavourful and dry but with a sweet after-taste. Unctuous and smooth on the palate.

CREAM: Ideal to drink with desserts, ice-cream or fruit. Although it also pairs very well with blue cheeses and foie-gras. You can enjoy it as an aperitif, or with ice as a cocktail. ORANGE: Light citrusy nuances give it a very original flavour. Do you want to know a secret? Why not try pairing it with a good cheese. CINNAMON: A fusion of Andalusian gastronomy. A perfect combination that you can enjoy at any time of the day, on its own or with your favourite dessert.