His Majesty, the King visits Bodegas Barbadillo as part of its bicentennial celebrations 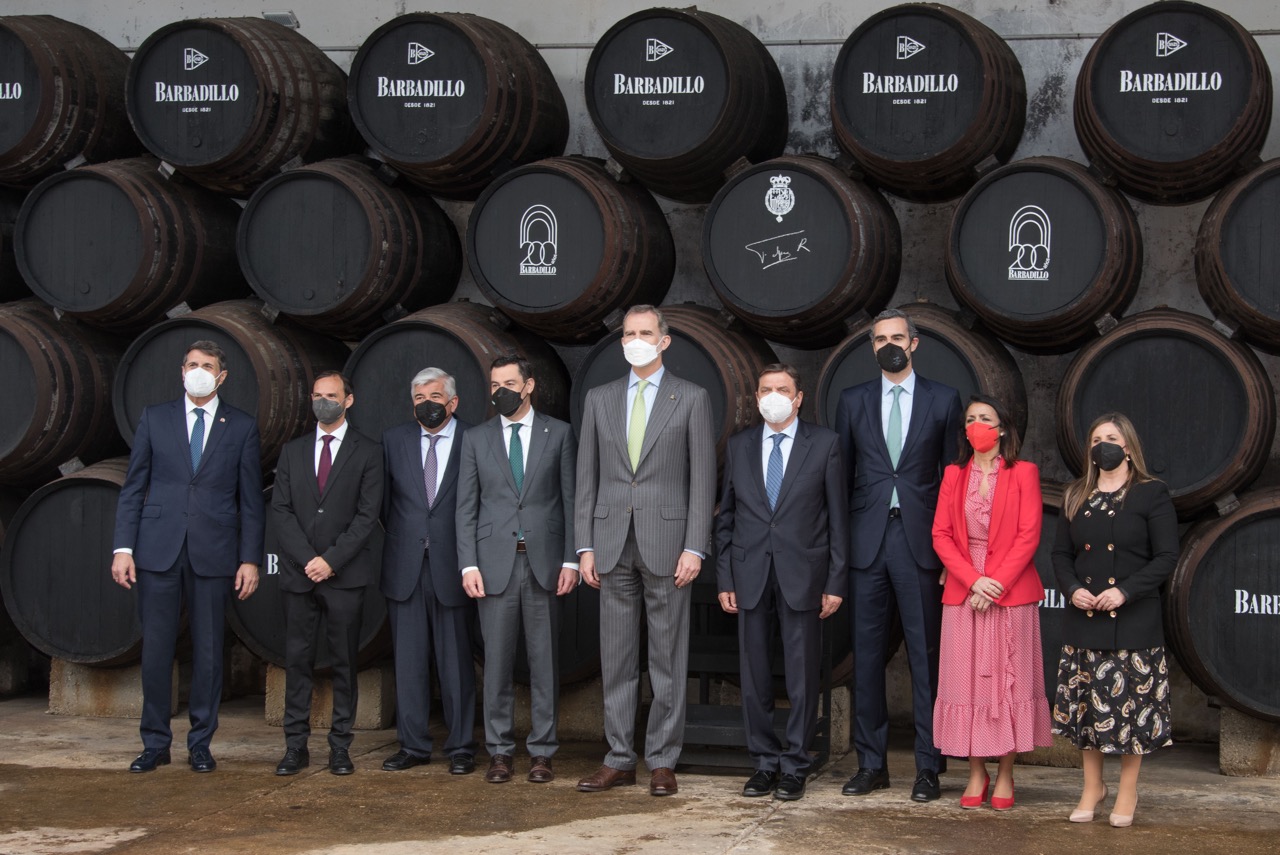 Bodegas Barbadillo has been honoured to receive the King of Spain to its winery. He accepted the presidency of the Bicentennial Honours Committee in 2021, and his visit was the culmination of the Sanlúcar winery’s bicentennial celebrations.

The president of the winery, Manuel Barbadillo Eyzaguirre, led a tour that began shortly after midday in the Casa de La Cilla. The King met with winery Board members and other important figures, visited the new wine racks – a room for samples that can house 25,000 bottles – and the “Sacristía”.

The King then visited the working bodega El Toro, where he greeted the Barbadillo Board of Directors before moving onto the San Guillermo garden where he was photographed with members of the Barbadillo family. The visit took place in front of the Bodegas Barbadillo 200-year commemorative plaque where a team of Barbadillo workers were waiting for him. In line with the winery tradition, Felipe VI signed a cask to honour the 200-year anniversary. 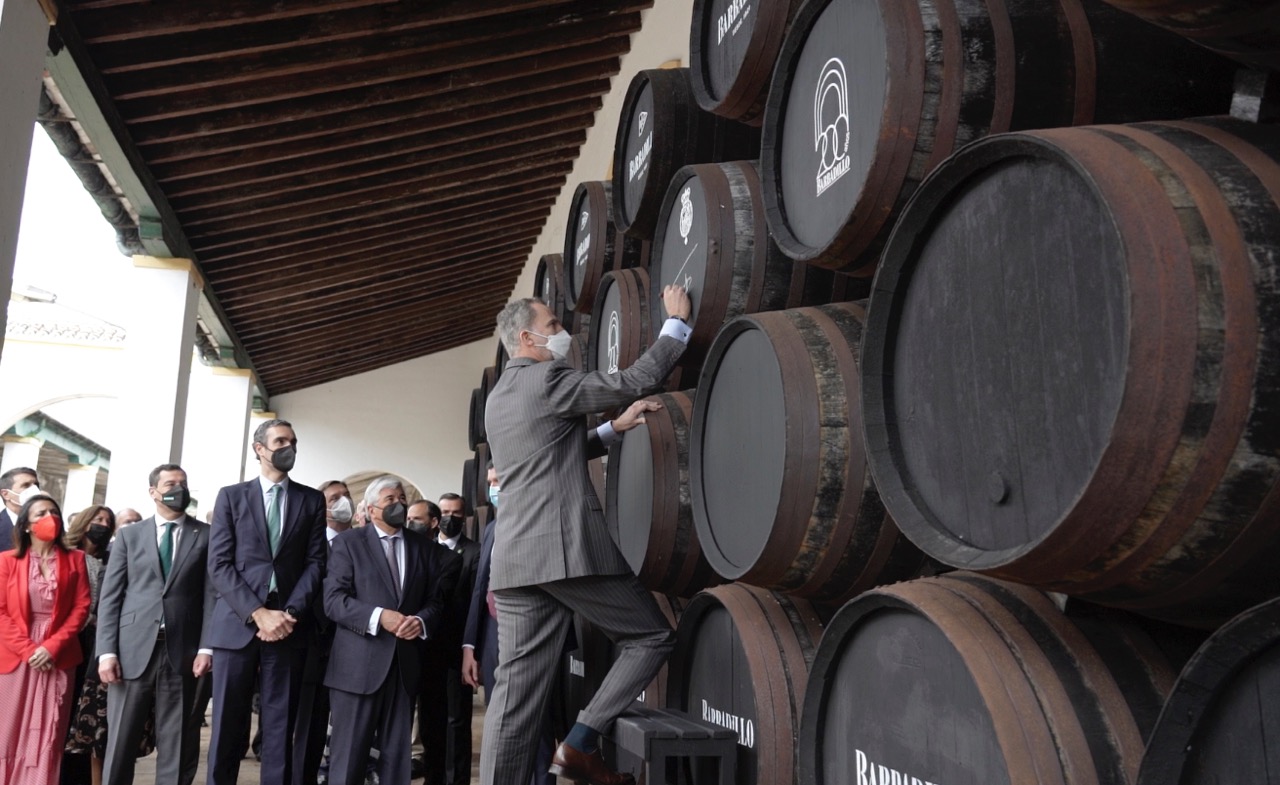 In the setting of the magnificent cathedral bodega ‘La Arboledilla’, and in recognition of Sanlúcar being Spain’s Capital of Gastronomy for 2022, Felipe VI enjoyed a menu that paired the best local products with Bodega Barbadillo’s unique wines.

Felipe VI was accompanied by the President of the Regional Government of Andalusia and member of the Bicentennial Honours Committee, Juan Manuel Moreno Bonilla; the Minister of Agriculture, Fisheries and Food, Luis Planas; the Mayor of Sanlúcar de Barrameda, Víctor Mora, the President of the Provincial Government of Cádiz, Irene García, and Marta Bosquet, President of the Andalusian Parliament; Jaime Alfonsin, Head of the Royal Household of His Majesty the King; members of the Board of Directors of the winery, and entrepreneurs from Sanlúcar de Barrameda.

His visit ended with the signing of the book of honour. A final touch to end the last day of Bodegas Babadillo’s extensive bicentennial celebrations that have taken place over the last year to celebrate its 200 years of history. 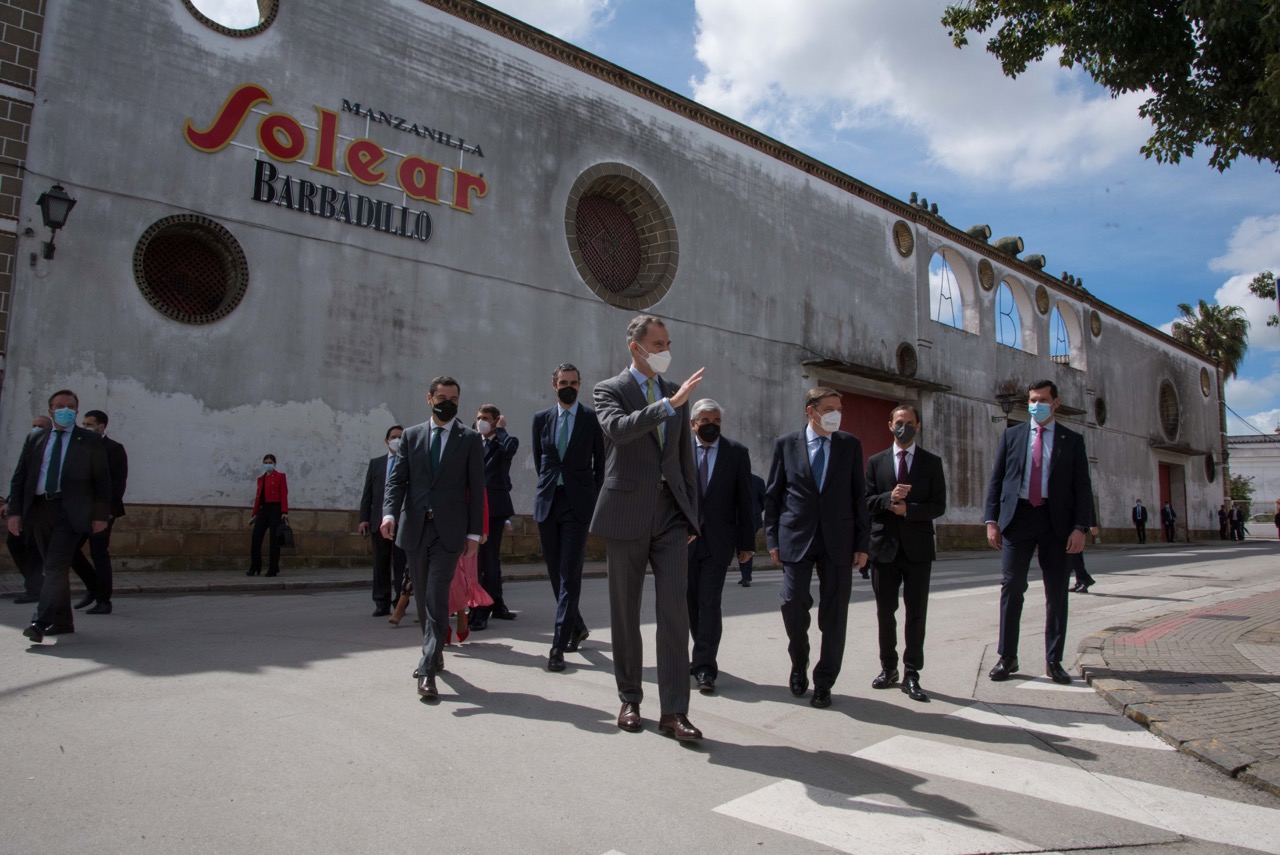